MetroPCS acquired by T-Mobile: The Facts

If you have not heard, T-Mobile USA has acquired MetroPCS Communications to form a Public telecommunications entity called “T-Mobile US”. This does not mean that MetroPCS is going to be disintegrated, MetroPCS will still operate but as a subsidiary of T-Mobile, and it will soon be an all-GSM carrier, with it’s former CDMA network slowly being killed out.

Now what does this mean for MetroPCS customers? If you haven’t bought a MetroPCS phone that hasn’t come out in the past 6 months, you are unfortunately still running on the MetroPCS CDMA network. But, if you have bought a recently manufactured phone, it is possible that you are running on T-Mobile’s GSM network.

The current handsets that are sold by MetroPCS but run on the T-Mobile Network are:

These phones are available at most MetroPCS Authorized Dealers and MetroPCS Corporate Stores. They are also available on MetroPCS.com right now, but they are constantly changing the online stock so I do not know how much longer they will be on there.

When you are an owner of one of these phones, the service is a bit different. You always have the WiFi option, but as far as carrier data, you use T-Mobile towers and not the old MetroPCS towers. Also instead of getting Metro’s old 4G & 1X data, you now get 4G, 3G, and Edge (E). But here’s the thing. The 4G is powered by T-Mobile, but once you are out of a 4G area or run out for the month if you are on a limited 4G plan, you drop down to 3G or Edge, which is powered by Sprint towers*.

Calling and Texting will also now be powered by T-Mobile towers, calls now are much clearer and drop less, SMS sends faster and MMS finally sends within a reasonable amount of time.

Write a comment below if you have any more questions.

I am the owner of the Samsung Galaxy Exhibit so I can also make any tests you may need me to do.

(*The usage of Sprint Towers for 3G & Edge data was only confirmed by PCMag. I was unable to confirm this with MetroPCS.)

About the Author Cameron Ryan

Cameron Ryan is a first class web developer. He is recognized by some of the top Technical Leaders today, and has been providing technology content to communities for the ages. On the side, Cameron Ryan is a sound engineer. 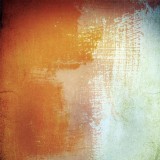 Cameron Ryan is a first class web developer. He is recognized by some of the top Technical Leaders today, and has been providing technology content to communities for the ages. On the side, Cameron Ryan is a sound engineer.