Voice over IP (VoIP) is a methodology and group of technologies for the delivery of voice communications and multimedia sessions over Internet Protocol (IP) networks, such as the Internet. Other terms commonly associated with VoIP are IP telephony, Internet telephony, broadband telephony, and broadband phone service. The term Internet telephony specifically refers to the provisioning of communications services (voice, fax, SMS, voice-messaging) over the public Internet, rather than via the public switched telephone network (PSTN). The steps and principles involved in originating VoIP telephone calls are similar to traditional digital telephony and involve signaling, channel setup, digitization of the analog voice signals, and encoding. For VoIP, you need a broadband Internet connection, plus a traditional phone and an adapter; a VoIP-enabled phone; or VoIP software on your computer.

Most consumer VoIP services use the Internet for phone calls. But many small businesses are using VoIP and unified communications on their private networks. That’s because private networks provide stronger security and service quality than the public Internet.

VoIP and unified communications enable you to:

With VoIP, analog voice calls are converted into packets of data. The packets travel like any other type of data, such as e-mail, over the public Internet and/or any private Internet Protocol (IP) network. Using a VoIP service, you can call landline or cell phones. 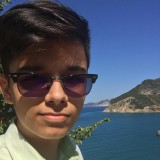 My Name is Tudor. I am a teenager in Bucharest, Romania. I enjoy Computer Science. I consider myself an amateur because I still have a lot to learn in this direction. My main interests are coding and concepting. I think I am better at concepting, since I still have to learn a lot of coding. I have other hobbies like badminton, basketball and photography for recreation or holiday.