Anyone that is a fan of gaming, racing, development, and technology should watch the Kaz documentary released yesterday from Sony.  It is amazing to see what it takes to create the number one selling racing game in the history of video games.  The creator talks about how every piece of a track is scanned, how he wanted you to feel a part of the car, and where Gran Turismo came from.  Excellent behind the scenes look and Sony is giving it to the world for free.

Now we know the rumors are abound for an iWatch announcement, the continued rumors about an Apple iTV has to eventually come to fruition.  I know that I would love to see the Apple TV put into an actual television that would allow connectivity to all Apple devices.  One of the biggest questions that it could bring would be what other features could it allow?  I mean this is Apple we are talking about and simply putting Apple TV inside of an HDTV couldn’t be enough for them.  This could be a very interesting year for Apple that tries to bring it back to its financial success before Steve Jobs passed away.

This ever evolving story is near and dear to my heart due to the fact that I hate my cable company.  I have been with Comcast for nearly 3 years and have no other choice.  However when I heard about Google Fiber and what they were bringing to the table I was hooked.  I knew that if this came to my city I would definitely be signing up.  For those that don’t know, Google Fiber would bring a 1000 MBPS internet speeds for only $70 a month, and for $120 a month you get those internet speeds and Google cable that includes a Nexus Tablet and a 1 TB DVR.  Not to mention that you can also get 5 MBPS internet speeds for free. 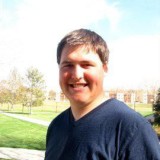 Russell has a bachelors degree in Communication from Colorado Christian University. He is passionate about technology and sports and wants to find some way to incorporate that into his career. He hopes that through writing blogs he can practice and obtain experience needed to obtain his dream of writing about technology. In his free time, Russ loves to play and watch all sorts of sports. He is an avid video game fan and loves all kinds of games. Currently he is enjoying his new PS4 and looks forward to some of the big releases soon to come.