Xbox One Costs More to Make Than the PS4

If you have bought an Xbox One for $500 be assured that you have got a good deal: It cost Microsoft $471 to make the new Xbox One with the new Kinect and everything else that was included in the box. After the retailers’ cut, Microsoft loses money on every Xbox One that is sold. At $471 the Xbox One costs around $90 more than the PS4 — a cost difference that is almost entirely down to the new Kinect, which costs around $75 to make.

This data comes from IHS iSuppli, which reported its bill-of-materials tear down analysis of the PS4 last week, and then the Xbox One today. The cost of making an Xbox One mostly boils down to the APU ($110 from AMD), 8GB of RAM ($60 from SK Hynix), and the Kinect ($75). The cost of the console itself comes to around $332, with the Kinect, power brick ($25), game pad ($15), and headset making up the remainder.

For the PS4, iSuppli estimates that the APU was slightly cheaper ($100), but the GDDR5 RAM cost a lot more ($88). The hard drive ($37), controller ($18), and various other bits bring the total build cost of the PS4 to $381. The big cost difference between the Xbox One and PS4 boils down to the fact that the PS4 doesn’t have an external power supply, and of course there’s no Kinect-like peripheral in the box. As you can see, though, neither console is being sold at a profit — the $28 margin on the Xbox One ($499 minus $471) and $18 margin on the PS4 ($399 minus $381) are almost certainly being eaten up by the retailers. The margins are certainly better than the previous generation of game consoles, though — at launch, the PS3, which sold for $600, cost around $805 to make.

One slightly odd discrepancy between the two consoles is the differing APU costs. With a significantly larger GPU, you would expect the PS4 APU to cost more — but in actual fact, the Xbox One APU costs $10 more. The cost difference is probably down to the Xbox One’s 32MB of ESRAM, but who knows – iSuppli almost certainly isn’t privy to the actual negotiations between AMD and Microsoft/Sony, and so its analysis is probably down to the different die sizes (the PS4 APU die clocks in at 348 square millimeters, while the Xbox One APU is 363 square millimeters) If the ESRAM really does add that much to the Xbox One’s build cost (about $30 or so, by my estimations), developers better make good use of it.

What’s most interesting, though, is just how similar the build costs are if you remove Kinect from the equation. I strongly suspect that Microsoft toyed with the idea of launching at $400 with Kinect, and that Sony considered launching at $500 with the PlayStation Camera. Now that the Kinect is no longer mandatory (following the mother of all backlashes), it’s probably only a matter of months until Microsoft releases a standalone Xbox One for $400. 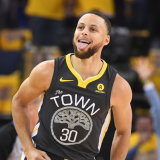