I recently got my hands on Apple’s latest tablet, the iPad Air 2. The new 9.7-inch tablet is the successor to last year’s iPad Air. The current generation features a slimmer, lighter build whilst featuring newer hardware and the iSight camera from the iPhone 5S. Let’s dive into the review.

The Air 2 features a 9.7 inch Retina display, which has been improved from the last generation. Apple added an anti-reflective coating which is supposed to reduce glare dramatically. They also went a step further and laminated the display to the body itself, eliminating the air gap between the display and the body of the tablet. Overall, the display is beautiful, bright, and has excellent color reproduction.

Since this is an Apple mobile device, it features the latest version of iOS, which happens to be iOS 8.1. iOS 8.1 builds upon the redesign of iOS 7 adding features that have existed in Android for years. iOS now features built-in text prediction (which is still somewhat rough around the edges), support for custom keyboards such as Swype and SwiftKey, and Notification Center widgets. The software is solid and I haven’t noticed any glaring issues thus far.

While Android devices have featured four-core or even eight-core processors for years, with multiple gigabytes of RAM, iOS devices have never needed such fancy specs because the OS is optimized for the hardware. However, Apple has started upping the specs of their devices, starting with the Air 2. It features a tri-core 1.5GHz, Apple A8X processor, on top of the added core and increased clock speed, Apple went a step further and added an extra gigabyte of RAM, so now the device also features 2 gigabytes of RAM. With these better specs and software optimization, this device is an absolute beast, with not even a hint of lag. This device has really impressive performance. I think it also features the M8 motion coprocessor featured in the iPhone 6.

I’ve already touched on the device optics however, I will discuss them further here. The front camera is a 1.2MP FaceTime HD camera which is used primarily for selfies or video calling. The rear camera is a 8MP iSight camera, very similar to the iPhone 5S camera with the exception of flash. The device features very nice cameras for a tablet, it overall features great cameras for tablet photo shooters.

The iPad features 2.4GHz and 5GHz a/b/g/n/ac WiFi antennas with MIMO, leading to speedy, and long range wireless connections. If you pony up extra cash, you can get a 4G LTE model with a universal sim that supports Sprint, Verizon, and AT&T, just choose your carrier and go (I opted for the 64GB WiFi model), however, rumor has it that AT&T is locking the sim into their network. As far as Bluetooth goes, it has BT 4.0LE with Handoff compatibility with OS X Yosemite.

The speakers are of good quality, they are stereo, and are loud and clear. The only thing that annoys me is that the speakers vibrate the whole device. The device also features the obligatory 3.5mm headphone jack.

The Air 2 also features the awesome Touch ID sensor from the iPhone. I like this much better than a passcode, however, even though it works most of the time it is not flawless, I still occasionally have to enter my passcode. I think this is a great feature.

The iPad Air 2 is a really solid device, with great build quality. It is an absolute beast, outperforming every tablet on the market (see GeekBench results), it also features a beautiful display, great connectivity options, and cameras. I give this device a 9/10, for minor issues such as Touch ID, and speaker vibration. I recommend this device to any iOS fan. However, original Air owners should not feel the need to upgrade. 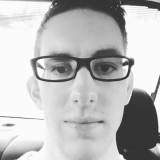