Google Glass Due to Launch to Consumers in 2014?

It appears as something straight out of a Science-Fiction movie yet internet giant, Google, are actually attempting to make it a reality. In Mid-2012 Google gave the world its first glimpse of what they are hoping to be a revolutionary product, a wearable computer called Glass. The concept is to allow users to experience a completely hands-free smartphone through Augmented Reality. Google Glass will allow users to do pretty much everything they expect their smartphones to achieve, but in a completely different perspective. It will give users the ability to summon information such as the weather or find traffic information through Google’s Now service. In addition to this, Google Glass will take pictures and record video at the users command.

It is an amazingly unique product and has caught the attention of thousands of people across the globe over the last two years since its introduction. In 2013 Google actually gave certain people the opportunity to own and test Glass through an explorer project, this was mostly aimed at technology journalists and those who attract a lot of attention, but it came at a price. The so-called Google Explorers had to dig deep and find $1500 to purchase an explorer edition of Glass. The first edition of Google’s new product seemed to gather positive reviews and many people spoke of how well-built the product was and what it could do.

There were negatives though. Google Glass received heavy criticism over privacy concerns especially if those around the users were unaware that they were being filmed or having their photograph taken without their consent. The product was also criticised for being anti-social, Mashable released a video late last year showing how anti-social the product can be. The video revealed how disconnected the user can be from the outside world and how others around you react to the realisation of being filmed. In fact, both of these negative reactions to Glass coined their own meme in 2013, many technology sites advised users not to be Glass-Holes.

Google are due to release Glass to consumers for the first time at some point during 2014 and it could possibly be shown off in its public-release form for the first time at CES this month. In recent days Technology evangelist, Robert Scoble has revealed why he believes that this is not the year for Glass. The fact that Scoble has previously built up massive support for Glass only to pile on the negatives has surprised many, but he commented that the price is going to be a major factor this year. Indeed, users should not expect to pay the $1500 that Google asked beta users to pay, but it is still going to be an expensive purchase. Robert Scoble is expecting Glass to be hitting at least the $500 price-tag in 2014 and says that its going to be a few revisions and price-drops before consumers become truly interested, he expects this to be about 2016.

Google Glass is also being criticised this year for not being completely rounded, in the sense of it not being able to handle many applications. The product has probably undergone some revisions between the explorer and edition and the upcoming consumer edition, but again battery life has been said to be poor and the device can get fairly hot when using it for an extended period.

I cannot see Google Glass failing completely this year, there are likely to be quite a few people willing to put their cash on the table for this new revolutionary product, but I do not think that Google will hit its projected target in terms of sales. Google Glass is unique and interesting, but there are still a few things the company needs to resolve before this has any hope of hitting the big time.

About the Author Marc Evans 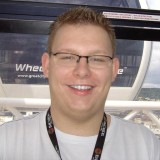