So, I recently purchased an iMac Intel Core Duo (MA199LL/A) to use as my main computer. I unpackaged it and was generally surprised at how good of a condition it was in, given that it was released in early 2006. So, I hooked the iMac up and plugged the Apple Keyboard up, along with an Apple Magic Mouse that I bought as well. I pushed the power button and heard my first magical “BONG!’ sound. Then, boom, it was fully booted up! I was expecting it to be slow/average, but with only the maximum 2GB of ram, it runs pretty dang fast! Faster than most newer PC’s I’ve used recently.

The only cons I have about this machine is that it’s not new, of course. So, thats means there will be minor wear and tear on the product. For example, the one dead pixel that is right in the middle of the screen! Other than the dead pixel, it’s perfect for the average user. Web surfing, emailing, word processing, and a little Minecraft here and there is a breeze with this machine! Also, Mac OS X Snow Leopard is an awesome operating system! Although, most of the Mac App Store apps are now incompatible with the OS.

So, in the end, if you’re looking for a fairly cheap iMac, then this machine is the way to go! I suggest upgrading the ram to 2GB for maximum performance! Where to buy one? Ebay is a common choice, but I suggest Macofalltrades or WegenerMedia.

About the Author Josh Walls 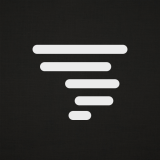